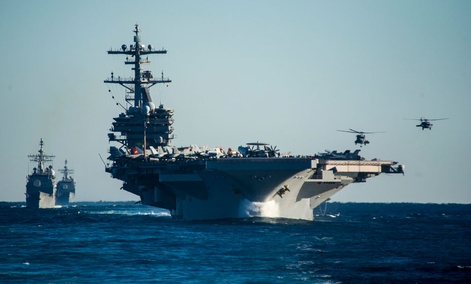 The US Navy has developed a radical new fuel made from seawater.

They say it could change the way we produce fuel – and allow warships to stay at sea for years at a time.

Navy scientists have spent several years developing the process to take seawater and use it as fuel, and have now used the ‘game changing’ fuel to power a radio controlled plane in the first test.

The development of a liquid hydrocarbon fuel is being hailed as ‘a game-changer’ because it would allow warships to remain at sea for far longer.

The US has a fleet of 15 military oil tankers, and only aircraft carriers and some submarines are equipped with nuclear propulsion.

All other vessels must frequently abandon their mission for a few hours to navigate in parallel with the tanker, a delicate operation, especially in bad weather.

The ultimate goal is to eventually get…