Monica Lewinsky: ‘I Was Patient Zero’ 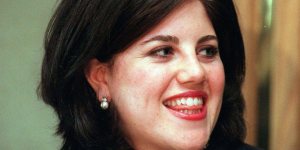 She was taken out of context; Page Six called her a “Portly Pepperpot” and others in the media called her tramp, slut and bimbo. Monica Lewinsky was publically identified as someone she didn’t recognize and she lost her “sense of self.”

Oh, and Drudge ruined her life.

“My name is Monica Lewinsky. Though I have often been advised to change it, or asked why on earth I haven’t. But, there we are. I haven’t.”

Monica Lewinsky spoke at the Forbes Magazine 30 Under 30 Summit and spoke about the affair that almost brought down the Bill Clinton administration. In her 2,500 word speech she blamed her humiliation on the Drudge Report, Internet, Ken Starr, the NY Post’s Page Six, everybody except for the married President with whom she had sexual relations. [read it all]