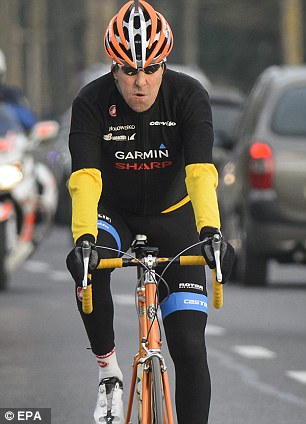 What can I say? It’s a slow news day.

US Secretary of State John Kerry broke his leg in a bike crash Sunday, apparently after hitting a curb while taking a break after talks in Geneva, Switzerland

The diplomat was biking near Scionzier, France before the accident, which caused him to scrap the rest of a four-nation trip that included an international conference on combating the Islamic State group.

Kerry, 71, was in stable condition and in good spirits as he prepared to return to Boston for further treatment with the doctor who previously operated on his hip, US State Department spokesman John Kirby said.